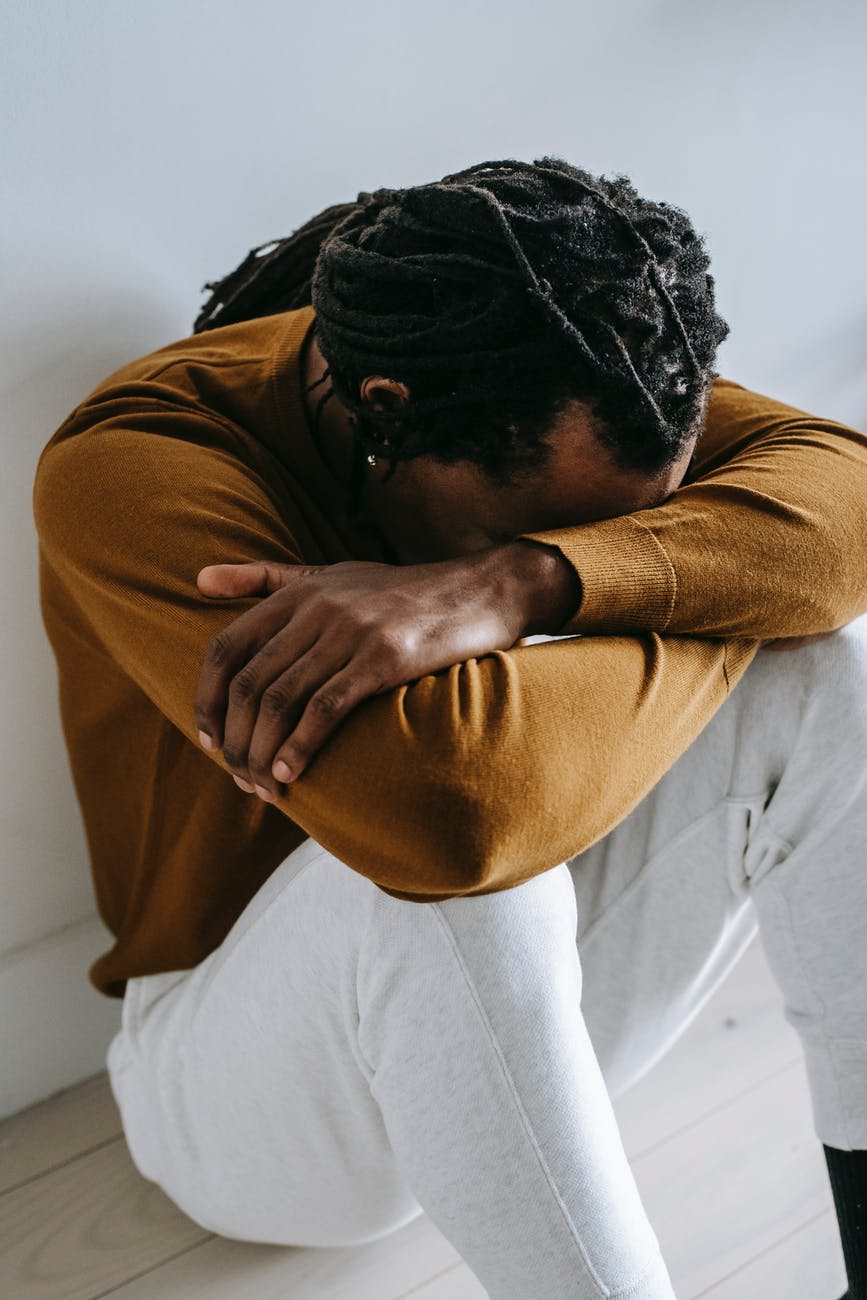 It’s not necessarily a matter of jealousy, moreso frustration that the biggest public faces of mental health communities, those that have the most influence, are white and in majority of cases fairly well-off. This isn’t necessarily putting the blame on them for simply existing, or pretending they don’t have good content; I suppose in a way it is more to criticise those who are drawn to their content in the first place. I know algorithms certainly skew who gets directed where but I can’t help but wonder about what happens when audiences are faced with the option of a white content creator vs a poc creator, especially a black creator, who would they choose? Don’t be so quick to jump on the defensive of “well they’ll choose whichever creator has a better title or thumbnail” or anything like that, because that further proves my point. When posed with the query perhaps you should engage in critical thinking and begin to question the amount of racism found in mental health advocacy. Unpacking that will certainly lead you down a rabbit hole of history of institutional racism within psychiatric treatment that still is evident in today’s society, not to mention the blatant colourism that exists within that.

When analysing the debate within the dissociative community surrounding ‘alters of colour’ for example; The idea that an alter can ‘identify’ as a person of colour and that it is acceptable for the pseudomemories of these parts to be welcomed by people of colour within the community creates the idea that race is solely defined by the colour of one’s skin, but also that a white person’s idea of what it would be like to be a poc is even remotely comparable to the actual experience had by a person of colour. It ignores the fact that in many ways the cultural upbringing of non white ethnicities paired with the experiences of racism in western society shape the mental health and later diagnosis of people of colour. It ignores the fact that the experiences of people of colour, especially those in non westernised society, can fall outside psychiatric diagnosis models due to this cultural upbringing.

When looking at the two widely revered diagnostic models, the ICD and DSM, the criteria for things such as Anorexia Nervosa is not always applicable to those in non western cultures. Taking information from a study carried out at two high schools in Ghana[1] on starvation and eating disorder-like behaviours, it is evident that the teenage girls who participated would not meet diagnostic criteria as there is no fear of fatness nor pervasive desire to be thin. Fifteen percent of these young women have BMI’s <19% and over four percent have a BMI <17.5%, yet the dominant reason for their ‘extreme’ thinness is driven by desire to exert self control through deliberate starvation, or as a means of religious fasting. Punishment of self which was self-reported by those studied was in most cases attributed to the idea that it would result in better grades in school, rather than a societal expectation of thinness; very different when compared to those in western society. Similarly, the other reason for punishment of self was religiously driven, some reporting that starving would bring them “closer to God”. Interestingly, in a number of these cases there was also a previous health issue that had led to partial weight loss’ for example malaria, pneumonia, hepatitis etc. To compare these experiences to the criteria written in the ICD or DSM that is used to diagnose their female counterparts in western society, however, would be quite ignorant.

Ongoing refusal to consider differences of cultural and religious practises within non white society will only continue to perpetuate the institutional racism in psychiatry, and will further limit the understanding of cross-cultural struggles faced in current society. Take for example the ongoing erasure of the history of stolen generations of cultures across the globe. The severed ties and lack of education about our heritage has an ongoing effect on how we as people of colour interact with white society. Not to mention the impact it has on how we as individuals perceive our own mental health, and the stigma held within certain racial groups surrounding the subject. On a justice based level, the intersection of these things is just the tip of the iceberg that is the topic of anti-black sanism.

People of colour are expected to conform to the societal ideals of the white people that surround us, this includes conformity within the expression of mental wellness. During early days of ‘colonisation’, fear of the black man was instilled upon the new occupants of our lands by the wealthy ‘settlers’ in power. Our anger was, and still is minimised and used against us in many settings as a means to claim both self defence or in many cases to paint us as inherently evil and something to fear. The stereotype of “the angry black woman” that we often see today, is used to belittle the emotions of black women and create a pedestal that the white listener knows far better than them; a superiority complex… A trickle from the fountain that is white supremacy. White people are still able to control us, especially those of us who are emotionally vulnerable or in need of care.

According to a 2020 report[2] Aboriginal people experience depression (52%) and anxiety (59%) at much higher levels than non-Aboriginal Australians (32% and 47%). Risk factors linked to these discrepancies include a widespread grief and loss of connection to culture, religion, land; fewer economic opportunities, and discrimination, just to name a few. “There is an enormous amount of ignorance, lack of understanding, lack of tolerance and unfounded beliefs associated with Aboriginal and Torres Strait Islander people’s mental health issues among mainstream services. Mainstream services lacked knowledge and/or were insensitive to cultural issues of history, culture, spirituality, trauma, loss and grief.”[3] This leads to people slipping through the cracks or being misdiagnosed because of a professional’s inability to provide basic care, and quite frankly reeks of sheer laziness.

All of this mentioned above is just based on snippets of research I have done in the past day, maybe two hours of reading tops.There is so much more to all of this than I have mentioned, but I wanted to start with this. As I investigate further I will add studies and resources on our website, write more posts like this one, and endeavour to record podcast or video content surrounding the subject; But if you have learned anything from this, do you now see how problematic it is that none of this is talked about or known by white advocates or their audiences? The realm of psychiatry often ignores these issues or pretends that they don’t exist. And when they are brought to light, what happens then? I’ll tell you what. You finish reading this post and can easily forget about these things, because none of this affects you daily; or perhaps you do care but are fortunate enough to have the liberty to step away from the issue when it becomes too much.

Be Authentic
Be Accountable
Be Inclusive